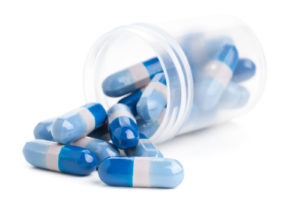 “Mary’s” husband, a 47 year old manager of an electronic store, was having trouble sleeping. He found something on the internet, a “dietary supplement,” to help him. He found a local distributor of the product and quickly became addicted – not realizing that the substance he was taking was far more than a harmless “dietary supplement”. He took a nap one day six months after he started using the product and never woke up. His wife Mary found him in bed. An autopsy proved that Mary’s husband had died of acute gamma hydroxy butyrate (GHB) poisoning.

Sad as it was, this case was particularly rewarding to work on. Our office was instrumental in notifying the FDA and having the local distributor arrested. We sued the national distributor, which knew that its stores were being flooded with dangerous products like the one that killed Mary’s husband, and did nothing to stop it. We hired nationally-recognized toxicologists to analyze the “dietary supplement” in question and prove that it was an extremely dangerous substance. This case settled for a substantial sum of money. At the time of settlement, the file occupied eight storage boxes. It took hundreds of hours of attorney time to get a fair resolution for Mary.